a small church with a big heart

Surrounded by so great a cloud of witnesses, we are never alone. Abraham and Sarah. Miriam and Moses. Peter and Mary. Pricilla and Paul. Still the story continues in the lives of saints and reformers-and of ordinary disciples, too. All who struggle to be faithful; to know the mind of Christ, the will of God. In our freedom we wonder and explore, dream and express. Through our structure we plan and govern, administer and care. Ministering together, we look for signs of the Kingdom. Remembering our past. Living our present. Hoping for our future. We move, certain of the One who is the Lord of history. 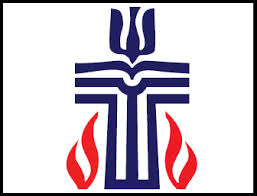 In the book of Acts, Christians are first described as people of “the Way” (Acts 9:2). This early description is rich with meaning. We are people who follow Jesus Christ, who has come as “the Way, the truth and the life.” We are also people on the way, journeying in faith in many times and places. Even in the present, we find our “genesis” or “beginning” in the early biblical story. In fact, our Reformed tradition traces the origin of the church to God’s calling Abraham and Sarah. They were called to journey in faith to a homeland God would provide.

From the time of Abraham and Sarah until the present, God’s people have been “on the way.” Sometimes we have been faithful to God’s call; many times we have been unfaithful, wandering from the direction God has intended for us. Over the centuries, the church has become visible in institutions through which people have expressed their faith corporately.

Each time the church as an institution has wandered from faithfulness, the church has faced reform and change.

The biblical story, along with the church’s continuing story, is the history of God’s continually calling the people back to faithfulness.

During the Middle Ages, many Christians saw the church as more concerned with its own secular power and wealth than with its mission to spread the good news of Christ. Francis of Assisi established the Franciscan Order based upon vows of poverty and service. The work of Saint Francis failed to change the many abuses of power in the church. The same was true of the reforming work of John Wycliffe in England and John Hus in Bohemia. In 1517, Martin Luther nailed his Ninety-Five Theses to the door of the castle church in Wittenberg, Germany. With that event, the Reformation of the church began its stormy course in the history of the church and of nations.

The Reformation greatly affected the course of social, economic, and political history of the Western world. The journey of the Reformed church has spread into the whole world through missionary efforts.

The Reformers found the authority for their work in Scripture itself. This was true of John Calvin. His study of Latin, Greek, and Hebrew led him to a study of the Bible in its original languages. Because of his study he was led to protest against the policies of the church that he felt were antithetical to the Word of God.

Working from Scripture, he developed a systematic theology later known as Reformed theology. In 1535 he published his theology in the Institute of the Christian Religion, when he was only 26 years of age. Calvin’s theology continues to form the doctrinal foundations of the Reformed church, in which the Scriptures are central to our understanding of the word of God. In fear of his life, Calvin fled the Inquisition from Paris.

In Geneva, he preached his first sermon in St. Peter’s Cathedral on Sept. 1, 1536. The sermon was an exposition of material from Paul’s letters. It created a sensation. Never before had people heard the Scriptures opened up as Calvin had done. Calvin was called to St. Peter’s as its minister. Extending the vocation of being a Christian into every part of life, Calvin exhorted his parishioners and the city of Geneva to make a total witness to the gospel.

Under his leadership, the rowdy city became for many a model of the “City of God,” of which Augustine had written. Calvin instituted civil order based upon moral law; cleanliness through sewage and water control; quality control of food, health care, and care for the indigent through the building of a hospital and a poor house; a system of full employment; and schools and a university based on high educational standards.

Today, the Presbyterian Church (U.S.A.) continues to emphasize mission at home and abroad, and our commitment to education reflected in our many denominational colleges and theological institutions. 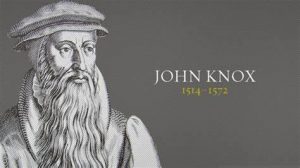 When Elizabeth I ascended the throne of England, John Knox was set free from the hard life of a galley slave in the ships of Queen Mary. Knox traveled to Geneva to study under Calvin. Later he returned home to Scotland to become the leader of the Scots Reformation. He was guided by Calvin’s Reformed theology, and his attitudes often reflected Calvin’s sometimes stern and autocratic methods. John Knox, with five other reformers, wrote the Scots Confession in four days. To read the Scots Confession is to share the high emotions and deep pastoral convictions of the Scotch Reformers. This confession remained the statement of faith of the kirk of Scotland until it was replaced by the Westminster Confession of Faith in 1649.

The Westminster Confession of Faith

The Westminster Confession of Faith was the product of a united England and Scotland under Cromwell’s Puritan government. It brought the long heritage of the English parliamentary system into union with Calvin’s Reformed theology and system of representative government. The Westminster Confession was never adopted by the English church. It was, however, adopted by the Church of Scotland and was brought by the early settlers to the New World.

It became the doctrinal statement of the Presbyterian Church in America in 1729, after some changes were made regarding the church’s relationship to civil magistrates. The American church leaders of the colonial period had already determined to establish the freedom of the church and of the individual conscience apart from the control of the state.

The Church in America

The role of the Reformed church, and of the Presbyterian Church in particular, in the revolutionary War is well documented and scarcely surprising. The early colonists carried the Reformation, with its representative form of government and system of checks and balances deep in their memories when they set about creating new institutions.

More important, their convictions had a profound effect on the young nation. It was said of the Scotch-Irish, who pioneered on the frontier across the Alleghenies, that they feared God so much they feared no human being. The courage of these early settlers, as well as their stubborn adherence to their own beliefs, substantiates the statement. The expansion of the Presbyterian Church in America coincided with the movement of the Great Awakening that began about 1720. Jonathan Edwards, Samuel Davies, and Gilbert Tennent were in the forefront of the Great Awakening, preaching Christian liberty.

They foresaw in the settling of the new land the beginning of the fulfillment of God’s promise to Abraham. The Great Awakening was the beginning of a spiritual revolution that had considerable impact on the Revolutionary War and on the subsequent history of the American people. Many leaders of the new nation (among them James Madison, “father” of the U.S. Constitution) were trained by Presbyterian John Witherspoon, president of the College of New Jersey (now Princeton University) from 1768-1776.

The ideas of the Great Awakening had prompted the founding of the College of New Jersey. The Great Awakening became both part of the mythology and part of the reality of the new nation and the American people-for both good and bad. Many Americans saw the nation as inheritor of God’s promise to Abraham that “by you all the families of the earth shall bless themselves.” The Awakening echoed through the history of the church in America as it sparked the missionary movement of the church-first social history of the nation in the political doctrine of Manifest Destiny; in the speeches of Woodrow Wilson, as he led us reluctantly into World War I; and later in his peacemaking efforts after the war. The nation heard it again in the sermons of Martin Luther King Jr., as he led the struggle of African-Americans for justice and freedom.

In the last quarter of the twentieth century, we have heard echoes of the Great Awakening from women and ethnic groups in the continuing struggle for justice, freedom, and equality. The course of the Presbyterian Church since 1720 has been stormy, as Presbyterians have invoked their God-given freedom of conscience. It has not always been easy to remember that individual freedom and individual responsibility for “the upholding and preservation of one another have an inescapable relationship, or that our freedom is that “which Christ has purchased.”